Elections and how to win them

Hear from VicNats Chair, Grahame Woods, on his experience campaigning with the Victorian Division of the Young Liberals.

Needless to say that the Victorian Division of the Australian Liberal Party hasn’t had a fun time over the last 18 months. Bouncing from the resignation of Malcolm Turnbull, to the historic defeat in the Victorian state election to what Liberal pundits have previously described as the ‘impossible’ federal election. The Liberal Party knows what defeat and disappointment looks like, yet beneath this dark outlooks lies a positivity that is inherently Australian. Despite the awful year they have had so far, every day they get up and fight hard for their vision of Australia.

And guess what? It’s working.

Everyday polls throughout the state and nation are pushing the election result closer and closer. Seats where a loss was a given are now marginal and electorates that once seemed unattainable are within their grasp. Why? Because the Liberals know how to run a campaign.

The Victorian Liberal Head Office looks like a film set for Mad Men. Countess staff and volunteers working tirelessly to communicate with voters and remind them what a Bill Shorten led Labor, yes they spell it wrong, Government would look like. Perfectly summarised with the slogan: “The Bill Australia can’t afford”. The effects of this can be seen throughout the state.

Because of the preferential voting system of Australia the most powerful piece of election material is the ‘How to Vote Card (HTV)’. This card lists what the Liberal Party stands for and how they recommend you rank candidates. These cards are handed out outside of polling booths throughout the country and are critical because as many at 20% of people don’t know how they are going to vote until they arrive at the polls.

With every passing day more and more people are only taking the Liberal HTV. This is because Scott Morrison and the Liberal Party have presented a clear plan for Australia, whereas Bill Shorten has only presented more taxes and a pillage of retiree’s income. As a result people are forgiving the Liberals for their Leadership challenges and are coming out to offer them their first preferences.

This has made the current federal election possibly the closest in Australian history. With the TAB placing the chance of a Coalition victory at 5-1, it may seem a long-shot, but after what I have seen, it’s a bet I’m willing to make.

Grahame recently spent seven days with the Victoria Young Liberals based in Melbourne. He was one of six Young Nat members selected to attend an election year exchange. 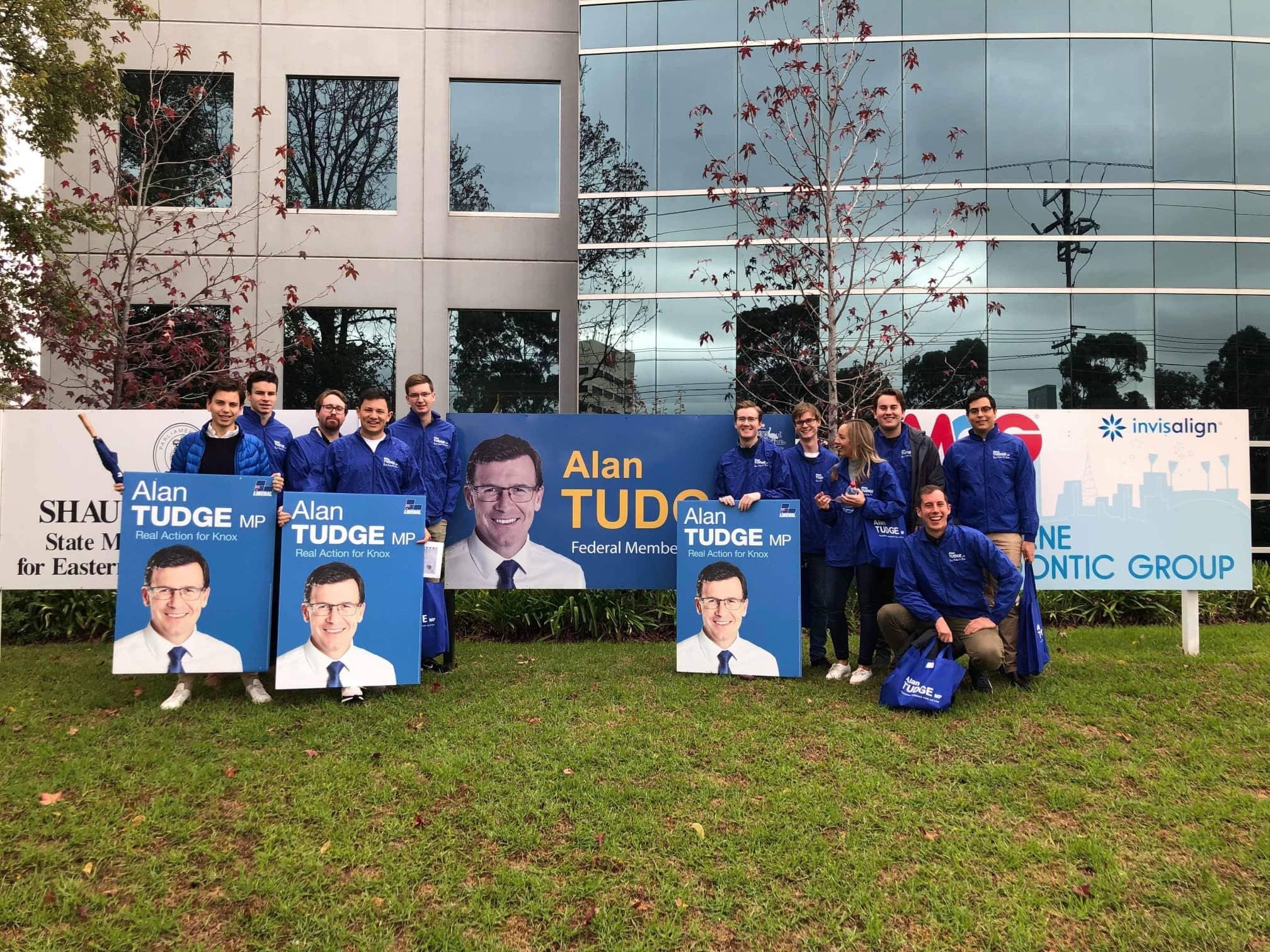