Learn about Your Team

After finishing High School in Auckland, Sam completed a Bachelor of Commerce at Victoria University of Wellington, majoring in Public Policy and International Business. He currently works in the professional services industry.

Sam is a staunch advocate for young kiwis getting involved in politics and taking their seat at the decision-making table. He believes the National Party values of personal responsibility and individual freedom are key to the long-term success of New Zealand.

Prior to being elected NZ Young Nationals President in 2018, Sam was the Lower North Island Regional Chair and has held executive roles across the Party.

He's always keen to hear from young kiwis wanting to get involved or understand the role of the Young Nats further.

You can reach him on any of our social media channels or at sam.stead@national.org.nz

Steph was raised in Otago, in the small, rural town of Balclutha. She is studying towards a Bachelor of Laws and a Bachelor of Arts at Otago University.

Steph believes in the National Party values of individual responsibility, less government, free enterprise and hard work being rewarded. This inspired her to join the Young Nats in her first year of University, and she has been involved ever since on a regional and national level.

In her spare time, Steph loves to indulge in a cheeky wine with friends over good food, or spend time out on the water with her family.

Neve is a Nelson native, studying and working in the New Zealand's sunshine capital. She studies a Bachelor of Commerce majoring in Accounting at the Nelson Marlborough Institute of Technology with hopes to continue on a Chartered Accounting path.

Neve has been involved in Young Nats since her final year of high school and while she loves the politics, she loves the quality people within the Young Nats more. Her policy interests surround economics, taxation, environment and primary industries, having been raised with a horticultural background.
You can contact Neve at nzyoungnationals@gmail.com

Vivian has been part of the Southern Young Nats since 2012 and held several roles on the Southern Executive before becoming Chair in October 2017.

After growing up in Dunedin, he is studying towards an LLB and BCom in Economics at the University of Otago. He balances his academics with his love of rugby, being active as a player, coach, and big fan of the Highlanders.

He sees his role as encouraging involvement in the Young Nats across the whole Southern Region, and allowing people to get the most out of their Young Nats experience. Vivian does his best to ensure everyone has a good time in the Southern Young Nats!

Born in Australia, but having lived in New Zealand since 2013, Andrew is a young professional currently working as an accountant in Wellington. Being a member of National Party since then, Andrew has also been heavily involved within the Party including being a member of the Rongotai Electorate Committee, Deputy Chair of the Lower North Island Young National Regional Executive and an active member of the Economic and Social Development Policy Advisory Groups.

Andrew is a self-confessed policy nerd and believes that good government and policy should empower people and reward hard work, and spends a lot of time researching and developing policy ideas.

Outside of politics Andrew enjoys travelling, catching up with friends over a brew (coffee or beer) and being involved with a range of not-for-profits.

Kathleen is originally from Auckland but moved to Wellington in 2015 to study an LLB/BCom majoring in Public Policy and Economics at Victoria University.

It was in her first year at university that she signed up to the Young Nats. Since then has held a number of roles within the party, including the Secretary of Lower North Island Regional Executive and the Wellington Central Electorate Committee.

When she’s not out campaigning or at a National event, Kathleen enjoys cafe-hopping around Wellington, or getting out on the boat back home for a fish and a scuba dive.

Aryana’s tūrangawaewae is Auckland, the beautiful city of sails. She is in her final year of studying a conjoint degree in Law and Commerce, majoring in Finance and Economics at the University of Auckland.

Aryana joined the National Party in 2016 and has been an active member since. She believes The Party has the right values to create a better New Zealand for current and future generations; from personal responsibility and rewarding hard work to ensuring sustainable development of our environment.

Outside of politics, Aryana loves to have a hit of tennis, garden, paint and enjoy good food with good company.

Matt grew up in Hamilton and Sydney. He recently graduated from Waikato University and now works as a Public Servant in Hamilton.

Matt signed up to the Young Nats at O week during his first year. He’s always been interested in politics and was interested in having an input in the political process. National’s values of rewarding success, freedom and personal responsibility aligned with his own, so the party was a natural fit for him.

When he’s not busy with party business he often enjoys going for a leisurely drive around the Waikato, hitting the beach or enjoying a cheeky feed of KFC.

Grahame is originally from Tauranga but moved down to Wellington in 2017 to study a BCom in Public Policy and International Business at Victoria University of Wellington.

Having been a member of the National Party since 2013, Grahame is a firm believer in the right of people to succeed on their own merits and limited government. Over his time in the Young Nats Grahame has served on four different executives in a range of roles throughout both the Young Nats and the greater National party.

While not spending time on politics Grahame is often walking around Wellington, going to local shows and trying one of the countless Wellington cafes.

Adam has been a member of the Young Nats since 2014 and was elected Secretary of the Canterbury-Westland Young Nats in 2017 and now Chair in 2019.

After being born in the UK, Adam moved and grew up on the West Coast before moving to Christchurch for University. He is currently studying a Master of European Union Studies degree after completing his BA in Political Science & International Relations, European Studies and Economics.

Adam strongly believes in the values the the Young Nats and the National Party represent, particularly personal responsibility and individual freedom. 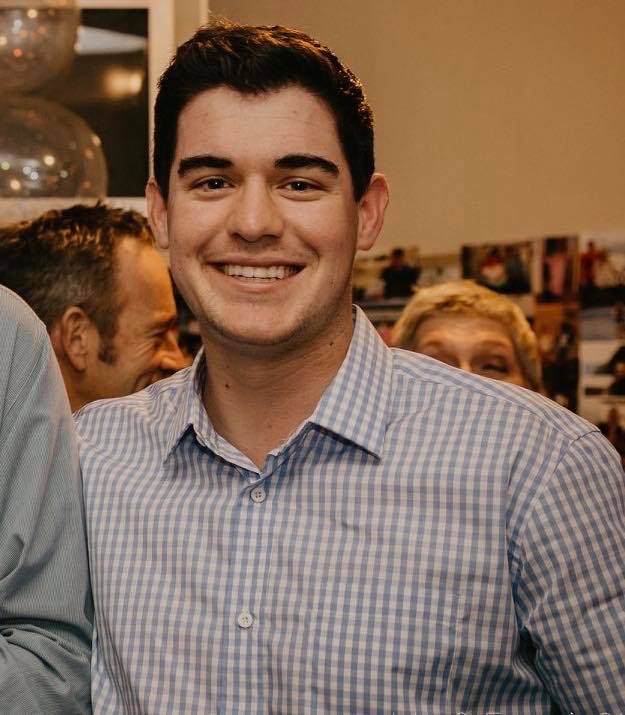 Josh grew up in the town of Oamaru and has since moved to Dunedin to study towards an LLB and BCom majoring in Accounting at the University of Otago.

He has always been a politics fizzer and joined the Young Nats in O-Week of 2017 and has been an active member before becoming Southern Regional Chair in September 2019.

Josh is keen to show new members the fun and rewarding experience about being a Young Nat, especially the social aspect in being able to chat politics with other National Party enthusiasts.

When not in the library, Josh can be seen either enjoying the local golf course or at the local bar with his mates.